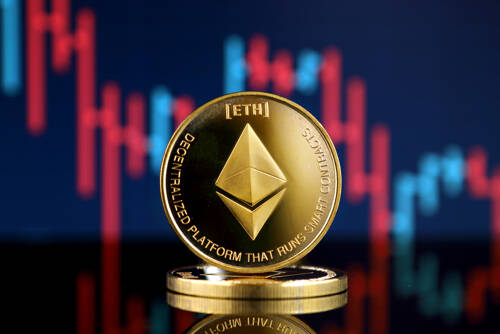 Cryptocurrencies are crashing: Ethereum is gearing up for THE MERGE

Ethereum ready to mutate – The Ethereum network is about to witness a major update. Thus, the network is preparing to change its consensus mechanism, from proof of work to proof of stake via an update called The Merge. Obviously, changing the engine of an airplane in mid-flight is not an action to be taken lightly. This is why the developers are paying special attention to rigorously testing every aspect of this update.

THE MERGE: CRAZY TESTS ON ETHEREUM

As a reminder, The Merge is an update that consists of connecting two elements that currently work independently:

As we have just seen, changing the consensus mode of a blockchain when it hosts an ecosystem worth several tens of billions of dollars is not trivial.

To ensure that no unpleasant surprises will occur during the passage on the mainnet, the developers involved in The Merge are multiplying the test methods . Nothing should be left to chance.

Shadow forks are one of the test methods used to check the proper functioning of The Merge. In practice, shadow forks are exact replicas of the Ethereum network . The latter have the same history and replay the transactions as they arrive on Ethereum.

The first shadow fork set up last April revealed a configuration problem with the gasLimit, namely the total gas that can be used within a block.

At the end of April, a second shadow fork went off without a hitch. This was the first where all Ethereum clients managed to stay in sync.

The last one, having taken place on May 5, made it possible to renew the experience with new specifications for Ethereum customers. Some minor bugs could be detected and fixed.

In addition to testnets and other shadow forks, developers also use platforms to test specific features.

Hive is a testing platform developed by the Ethereum Foundation. This allows developers of Ethereum clients to perform integration tests of their implementation .

In practice, Hive allows clients to be tested as black boxes. Thus, the program will start a node with a given client and predefined configurations. This will then send a series of blocks, allowing to test various functionalities of the node and listen to the responses of the node to validate or invalidate the tests.

Kurtosis is a second tool actively used to test Ethereum clients. In fact, this allows you to create simulation environments with defined parameters .

In particular, this allows customer developers to test their implementation under conditions close to real network conditions. For example, it is possible to use Kurtosis to observe the behavior of a node in the event of a heavy load on the blockchain.

All of these tools allow developers to minimize the risks inherent in changing the consensus. It is to limit these risks that they took the decision to invalidate the first estimates of deployment on the mainnet which had been communicated .

Takeover of twitter put on hold: Elon Musk wants to ensure the quality of the social network

UST, Luna: Understand everything about one of the biggest crypto crashes