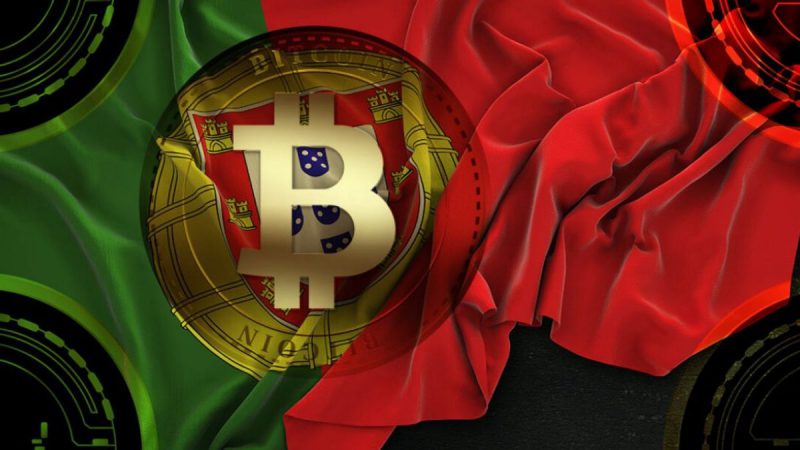 The current Minister of Finance in Portugal, Fernando Medina, has announced his desire to introduce a capital gains tax for cryptocurrencies.

An announcement that surprised many people. Indeed, Portugal is currently considered a tax haven, sometimes dubbed “ Bitcoin paradise ” by cryptocurrency investors. Thus, the current law does not allow the taxation of income obtained during transactions in cryptocurrencies. The latter are not even taken into consideration, but that seems to be about to change.

It was this Friday, May 13 that the Minister of Finance made this announcement, before Parliament. If this announcement surprised so much, it is because Portuguese residents were, until then, not subject to any tax on profits relating to cryptocurrencies .

Moreover, cryptocurrencies are, to date, considered more as a currency than as an asset in Portugal. It is precisely for this reason that investors are not, for the time being, taxable.

As far as businesses are concerned, they were already not spared. As a bonus, they had to pay a tax of between 28 and 35% on their capital gains.

No date announced at this time

While it is now certain that measures will be taken and that a new framework will be introduced regarding cryptocurrencies in Portugal, no date has been given for the introduction of these.

Some information, however, was shared by the Secretary of State for Fiscal Affairs, Mendonça Mendes. This helps us to see more clearly on the trajectory envisaged.

Thus, it would be a question of taxing earnings, of course, but not only. He would like, possibly, to submit investors to other levies, such as VAT or stamp duty.

A change inspired by other countries

If some parliamentarians want a radical and restrictive change vis-à-vis cryptocurrencies (this being due in particular to a total ignorance of the subject), Fernando Medina nevertheless wished to calm things down.

The Minister of Finance has thus made it known that he wishes to draw inspiration from the current framework of other countries in order to develop viable and beneficial measures for the country. He thus stated:

A much less attractive country for crypto investors?

If these measures are understandable from a legal point of view, especially to deal with money laundering and other abuses that may occur in this country, they nevertheless risk harming the attractiveness of Portugal, in general, for cryptocurrency investors .

While Germany recently announced that it would tax-free cryptocurrencies owned for more than a year, Portugal, meanwhile, is instead seeking to tax investors. It would then propose a less advantageous, but more structured framework.

It remains to be seen what measures will be adopted as well as the taxes imposed. Will Portugal still be able to be considered a “crypto-friendly” country or not, once these measures have been adopted. Case to follow!

7 signs that your web marketing strategy is not working

6 steps to write an article you should know 2022

January 14, 2022
We use cookies on our website to give you the most relevant experience by remembering your preferences and repeat visits. By clicking “Accept”, you consent to the use of ALL the cookies.
Do not sell my personal information.
Cookie SettingsAccept
Manage consent