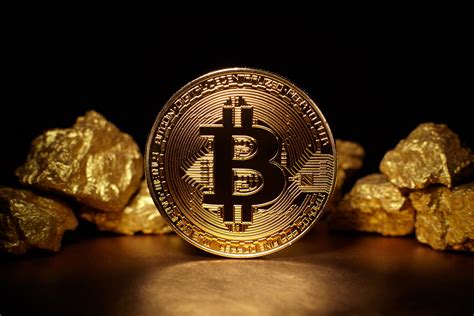 What is Bitcoin Cash and Bitcoin Gold? Understand everything in less than 5 minutes

Bitcoin Cash and Bitcoin Gold are part of an emerging peer-to-peer (person-to-person) monetary system that exists entirely online. Cryptocurrencies completely bypass the traditional banking system and monetary authorities found in national currencies. While cryptocurrencies first served as a payment system, they have become an asset class in their own right that investors can buy and sell.

Cryptocurrencies such as bitcoin and its descendants are secured by a data structure known as “blockchain”, and they have been the subject of controversy due to the high volumes of energy required to “mine” them, but this energy-intensive process is also what allows cryptocurrencies to remain secure and viable through a decentralized network, and without the need for a financial system or central bank.

What is Bitcoin Cash?

In order to reduce spam and fraud, Bitcoin was originally launched with what is known as a “1MB block”. As the currency grew in popularity, the capacity limit meant that transaction times for using or buying Bitcoin started to get extremely long. Initially, bitcoin was a payment system, but it has become an investment.

The lag in transaction times limited the volume of bitcoin transactions that could take place per second, which hampered Bitcoin’s ability to scale. This limitation is why Bitcoin Cash was developed with a much larger block, allowing 25,000 transactions per day.

The first bitcoin was designed as an experiment to solve the problem of central banks. Although most people have heard of bitcoin, there is still a lot of confusion about what it is and what it is supposed to do.

What is Bitcoin Gold?

You can “mine” bitcoins with computer hardware specialized in “ASIC” mining. This material is expensive and consumes a lot of energy. This cost has caused the mainstream production version of Bitcoin to increasingly end up in the hands of the elite.

Bitcoin Gold aims to put digital mining back into the hands of ordinary people. Instead of requiring specialized equipment, Bitcoin Gold can be mined by ordinary computers . This allows anyone with a regular computer to mine Bitcoin Gold, the same way Bitcoin was originally mined.

You can own Bitcoins, Bitcoin Gold or Bitcoin Cash. They are related, but are not identical. You can also have investments in all three.

How does the bitcoin price vary?

All three types of bitcoins come from the same basic programming. You can have one, two or all three types. In the market, they tend to follow their respective performance in most cases. If bitcoin is trading higher, so are bitcoin cash and bitcoin gold. However, they trade at very different prices.

How to buy bitcoins cash and bitcoins gold?

The US Securities and Exchange Commission has warned against potentially illegal online trading platforms that are not subject to regulatory oversight. The reason for this is that much of what is happening with cryptocurrencies right now is a bit like the Wild West. These are mostly unregulated or self-regulated transactions, and there is no guarantee that most of these platforms follow any rules other than the ones they have imposed on themselves.

It is also important to understand that cryptocurrencies often experience extremely volatile fluctuations, both up and down.

Increasing attention is also being paid to the environmental impact of cryptocurrency trading. Due to the operation of the blockchain mining system, very large amounts of electrical energy are required, which means that each transaction has a negative impact on the climate.

Important things to remember about Bitcoin Cash and Bitcoin Gold

How do cryptocurrency trading robots work and are they worth it?

Cryptocurrencies and scams: what you absolutely need to know

Coinbase: A beginner’s guide to cryptocurrencies

What is a DAO, and how does a decentralized autonomous organization work?

What is Polkadot? 5 point beginner’s guide